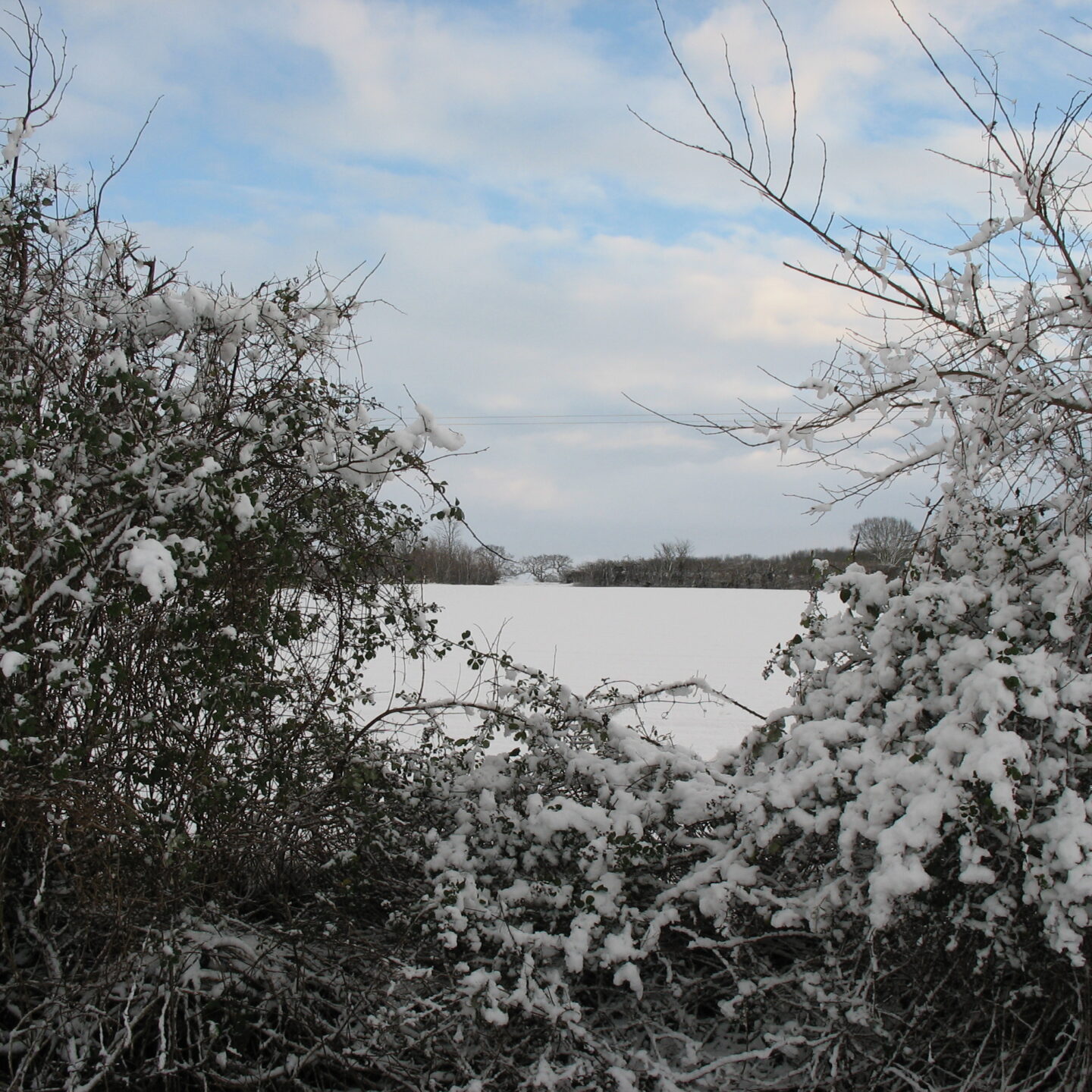 In the winter of 2009-2010, a satellite image showed the UK entirely white from snowfall. Somewhere in that image, I was sitting huddled under blankets against a radiator trying to stay warm. I can’t say my house was particularly cold, but I wasn’t eating enough, and my body simply couldn’t get warm. Now, being cold in the holiday season takes me back to a time that almost broke me.

I was living alone for the first time in my life, despite being a third-year computer science student. I’d never lived in halls because I was married, until my ex-husband disappeared in the October and cheated on me. I was miserable, unsurprisingly, but I still went to my lectures. My now husband took a few of the same modules as me, and he remembers the quiet person who always vanished straight after class.

I went to uni, I went home, and I watched romcoms eating a repetitive dinner of cod in parsley sauce, chips, and peas. Other than that, I barely ate. The weight fell off me, and I really mean that. I lost 20kg in a matter of months.

A few days into the winter break, I learnt my ex-husband was to be a father. I packed a suitcase, went to my parents and stayed there a full month. It was the best decision I ever made. Not only did it lead to me fixing a slightly broken relationship with my parents, but it gave me time to process everything. It gave me respite. I ate properly, I spent time with my grandparents at their farm nearby (the featured image is from a walk there), and I had actual conversations. I picked myself up and applied for IBM’s graduate scheme, which ultimately led to a job.

Despite a history of depression, I picked myself up and my mind has learnt to forget that awful time. But my body hasn’t.

If you follow me on social media, you may have seen me complaining about having no heating for the past two weeks. Complaining is a bit of a crutch for me. I know I shouldn’t do it. I know it’s unprofessional to do so in public, but I’ve needed it. I’ve been so cold at home, old memories are seeping in. I remember that young woman huddled against a radiator, and I want to give her a warm hug and tell her all the good things in her future.

I’m writing this in my living room, where my two children are playing beside the Christmas tree we decorated together yesterday. And I’m listening to the Dragon Age: Origins soundtrack. My body remembers music better than it does the cold. Before I went to stay with my parents that winter, I threw myself into playing Dragon Age. Morrigan’s snips and Alistair’s charm kept me company and gave me an escape. It’s helped me write this without getting low.

I believe Cognitive Behavioural Therapy does a great deal of good for people who have been through dark times, but I also believe it can’t overcome the body’s primal responses. No matter how many years pass, being cold indoors in the winter always tugs me towards a low mood. I’ve learnt to recognise when it’s happening and do my best to counter it, but I’ve also learnt to accept it. I’m not a failure for still feeling this way.

And if something does this to you, you’re not a failure either. We can’t change our pasts. But we can care for ourselves now. We can focus on the positives, even if it’s only something small.

I won’t feel cold forever. Our boiler gets replaced on Wednesday, and you can expect to see me shouting about it on social media.

Here’s a bonus for anyone who stuck with the article. A video of me discovering my dad’s wellies leaked while walking to my grandparents’ farm, 18th December 2009.