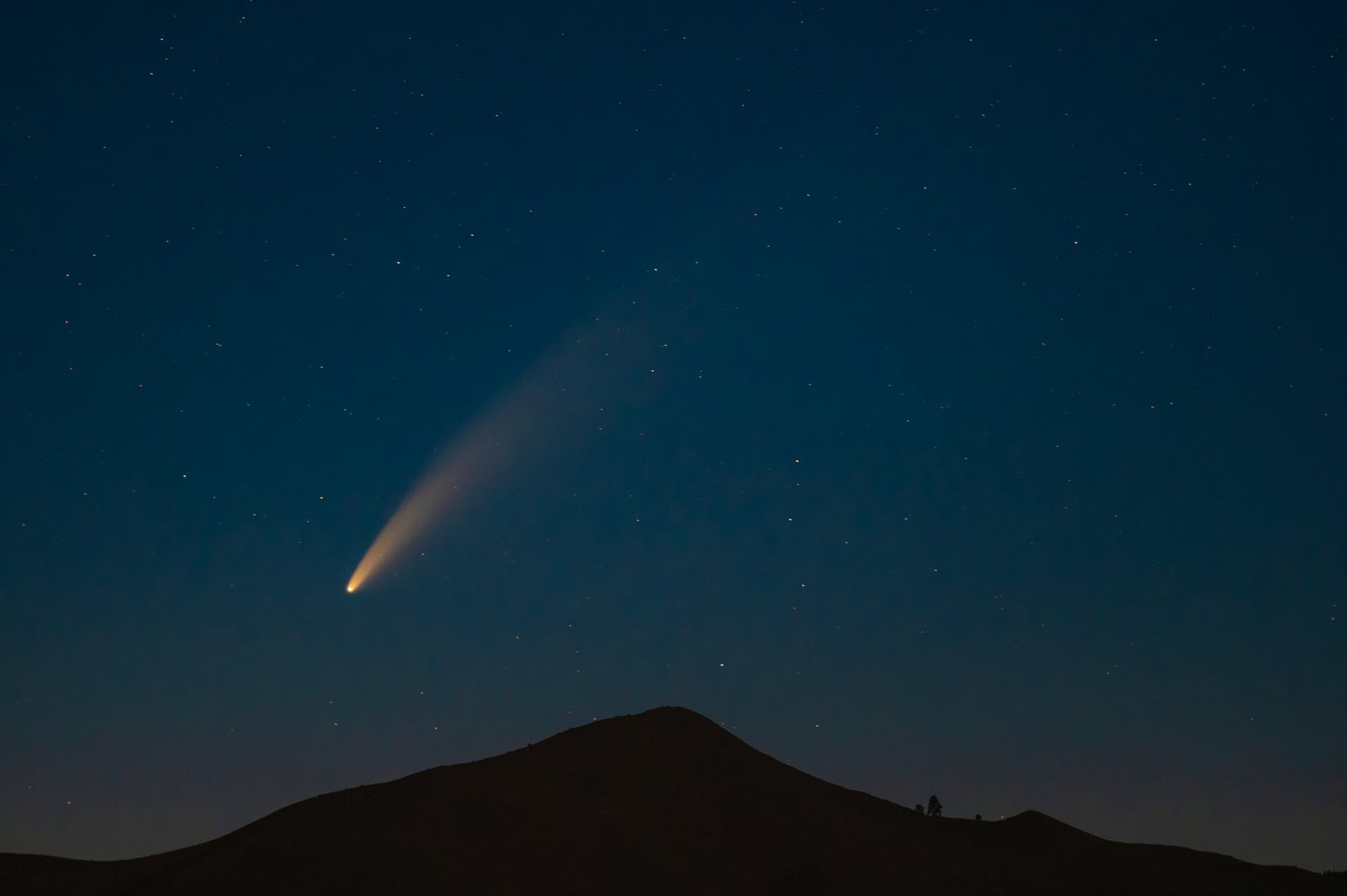 SPOILER WARNING: This post contains spoilers for the film Don’t Look Up

The credits roll, and I don’t remember the last time I felt this anxious. My heart aches, feels cold. I suppose this is what I mean when I write about cold dread, but I’ve rarely felt it myself, thank the gods.

I’ve had vivid dreams about the end of the world before. They haunt me years later. Many of my dreams feel like I’m truly living through something, and when my fear forces me awake, I remember those snippets of other lives. I distinctly remember one about a comet’s impact. What sticks with me most is the sheer desperation I felt as I tried to get back to my family.

At the end of Don’t Look Up, the family hold calm, everyday conversation. Randall Mindy (Leonardo DiCaprio) puts his hand on his son’s shoulder, while the tableware and house shake from the approaching wave of devastation. I couldn’t be that calm. I would want to be, so as not to set fear into my children, but human nature would take over. I would hold my children and my husband close and sob until I couldn’t breathe.

The thought of it is making me cry as I write this. As I’ve said, I don’t need to imagine how that would be. I’ve lived it in dreams, though thankfully my children don’t often appear. I suspect my brain is slow on the uptake of changes in my life.

My vivid dreams are probably why I don’t watch horror films anymore, or anything overly violent, but becoming a mother was a big part of it too. When my son was a few days old, I tried to watch Bright, starring Will Smith. I’d been looking forward to it. About ten minutes in, I felt physically sick. I couldn’t stand the violence. I did, however, manage to watch Westworld season 2 a few months later.

I can’t remember a film that’s set off my anxiety like Don’t Look Up has. Perhaps it’s because the film captures the problems with modern western society so spectacularly well that it made me want to punch the screen constantly until the fear set in. This one will probably stick with me a while. In all honestly, I regret watching it, simply for the fact I know it will now take days for my anxiety to settle down. If screenwriter Adam McKay hoped to make an impactful statement about democracy and the rule of corporations, he’s done an excellent job.